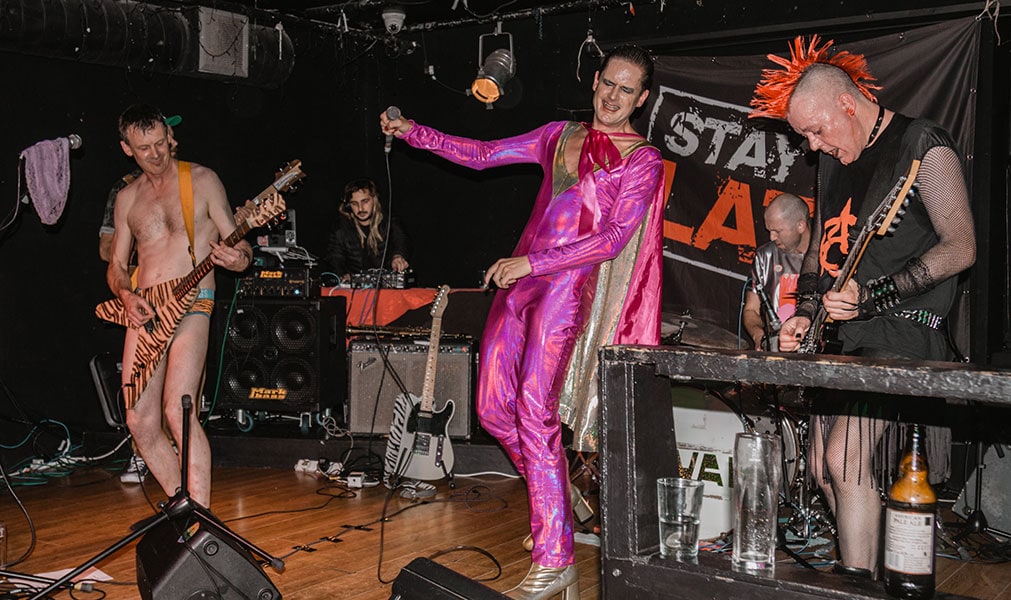 WE SENT THEM PACKIN' →

As you may or may not know, our band has been going on and off (mainly off), for nearly 30 years now and a few years ago, during an ‘off’ period, as we started to talk about a reunion, we very suddenly lost our friend and drummer, Steve Henfrey. At the funeral we got talking about the possibility of a reunion and it just so happens that Steve’s brothers all play drums and it was Tony that offered to stand in on any possible reunion.

With his Tony standing in, we did a one-off gig in his brother’s memory back in our hometown of Newark, Nottingham and we were amazed by the response both from old fans and new. We decided to keep going. Five years on, after a chance encounter after a performance in a tiny pub in Bruton, Somerset, we’ve been asked to perform at Glastonbury Festival in June. We’ll have more details nearer the time but for now we are all still taking in the news.

We can’t believe it. It’s beyond our wildest dreams. We’ve always done this for fun and to entertain people and raise money for charities close to our hearts and now we’re playing at the biggest festival in the world.  This one’s for Steve and all the fans that have stuck by us, through thick and thin. We love you. SOCK x