WE SENT THEM PACKIN’ 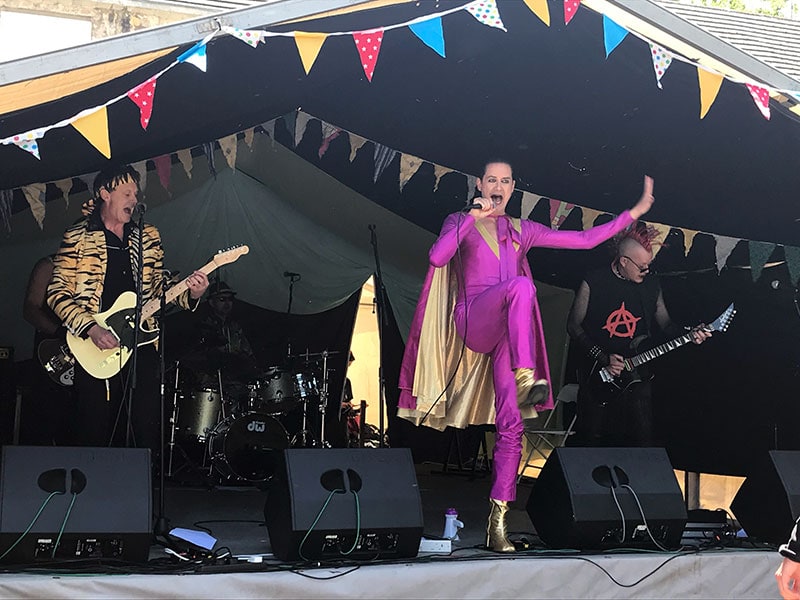 We came. We saw. We conquered (and got a little sunburnt). Packhorse Fair. What a day. We spend a lot of time in beautiful Bruton in Somerset, as two members of our band are lucky enough to live there and one of them (drummer Gary) has a studio we regularly rehearse in. So we are very familiar with the town, the people and the general feeling. And it’s a very warm and fuzzy feeling, like when you accidently wee yourself. We’d never played the Packhorse Fair though, so when lovely Lisa asked us, the same Lisa who runs the Avalon Café stage and asked us to perform at Glastonbury, we jumped at the chance.

We also saw it as an obvious Glastonbury warm-up. Although we’d played a couple of low key gigs in Bruton, this was a chance to play in front of a new crowd, who hadn’t been ‘SOCKED’ before. It was also a chance to play under the influence of Somerset cider, which we’ll have to get used to when we pitch up on Worthy farm.

We had a tricky lunchtime slot. The time of day when people were just about considering their first alcoholic drink of the day but were waiting for the next table to make the first move. Yes, there were tables. People were sat down, in a very orderly British way. But we went out there, like we always do and we won them over. We had a ball. And our singer had a fall. Don’t worry, the catsuit is fine. Bruton Packhorse Fair, we loved you. Thanks for having us. Check out the photos on our ‘photo’ page.  Please have us back next year. Next stop, Glastonbury.  Love SOCK x