LIVE AT THE AVALON CAFE – GLASTONBURY 2019 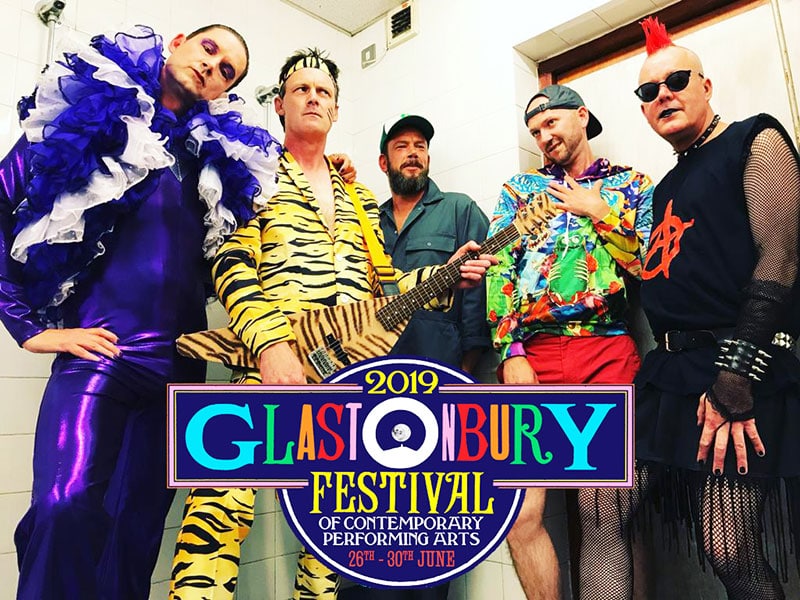 ← WE SENT THEM PACKIN'

In just over a weeks’ time, the gates open for Glastonbury 2019 and anyone that has been there before, you’ll know, that once that gate opens, anything can happen. Literally anything. I mean, the place is full of magic. This will be my tenth Glastonbury and every time I’m blown away by the spirit of the place. There’s something about that area and the people, that when they come together for five days of fun, it becomes the greatest place on earth. When you’re there, in the thick of it, singing along to your favourite band, you feel like it’s the centre of the universe and nothing else matters.

There’s extra magic this year of course because SOCK are playing. SOCK were made for Glastonbury. Although we’ve never played the festival before, we’ve been individually coming for years and it’s the kind of place that embraces a bunch of misfit superheroes. This is our kind of place. Our kind of people. And we can’t wait. I’ll be getting there early on the Sunday before because I work for Glastonbury’s official radio station, Worthy FM, which is well worth a listen, if you haven’t heard it before. So I get to bed in, acclimatise and mentally and physically prepare three days before the masses descend. Nothing can ever really prepare you for Glastonbury, if you’re coming for the first time. And possibly even if you’ve been before. But you do your best. You pack your welly boots and hot pink cat suit and in to the wild you go. We’re playing the Avalon Café stage on Thursday 27th June at 5pm. We’d love to see you there. If you haven’t got a ticket, we’ll see you sometime soon. Love Guy AKA Vince x